The seven countries that were prevented by FIFA from wearing 'OneLove' armbands during the World Cup in Qatar are jointly considering their legal options, the Dutch football association (KNVB) said on Wednesday.

Global football governing body FIFA threatened to book any player wearing the armband, which was introduced to support diversity and inclusion.
England, Wales, Belgium, the Netherlands, Switzerland, Germany and Denmark said they backed down from their plans to wear the armband as a result.
Instead, Germany's players placed their hands over their mouths in a symbolic protest during a team photo ahead of their 2-1 loss to Japan on Wednesday. 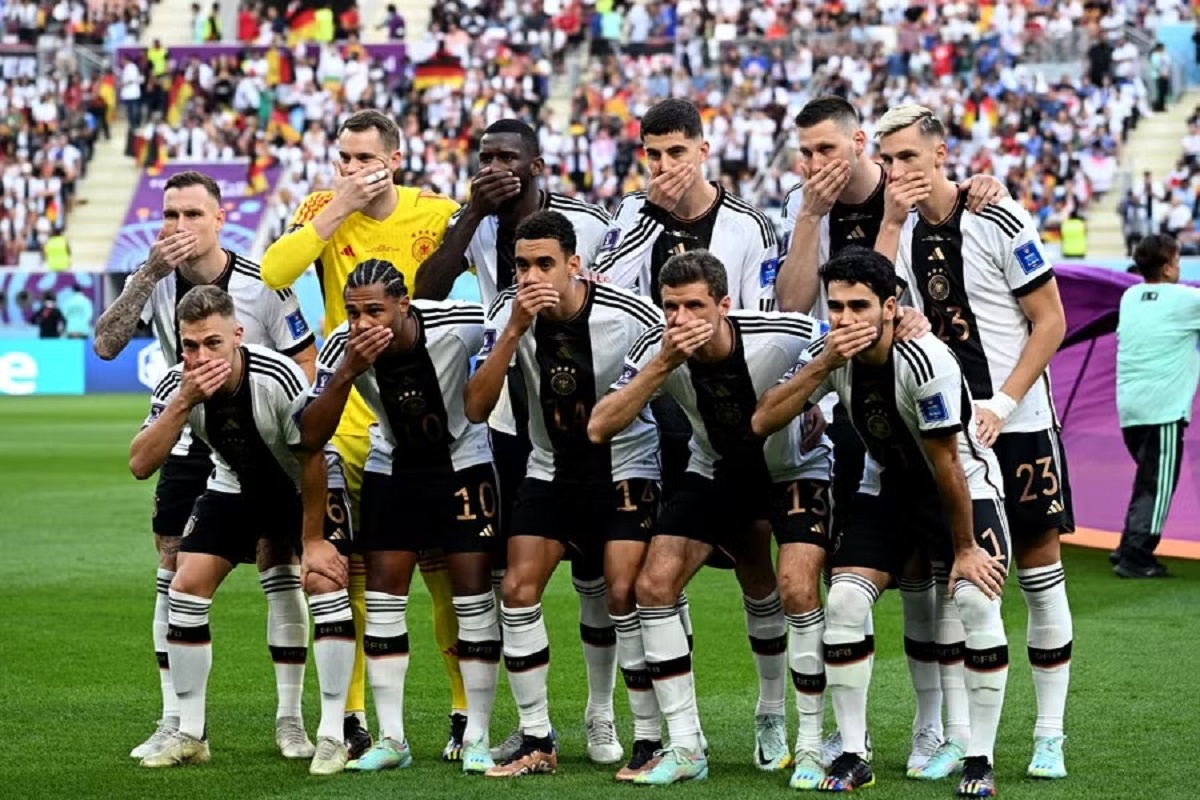 The KNVB, however, said the seven nations would not be taking the dispute to the Court of Arbitration for Sport (CAS).
"All seven countries whose captains would have played with the 'OneLove' captain's armband have jointly taken the decision not to go to the CAS at this time," the KNVB said.
"However, we are jointly considering our legal position. We remain 100% behind 'OneLove' and its message... We are therefore continuing the 'OneLove' campaign, at home and abroad.

"Previously, the captains of the Netherlands and nine other countries played with the 'OneLove' armband on during Nations League matches. These fall under (European football body) UEFA and this caused no problems."
Homosexuality is illegal in Qatar and the country's organisers of the tournament have warned visitors against public displays of affection.
But they also said that everyone, no matter their sexual orientation or background, is welcome at the event which is being held in the Middle East for the first time.