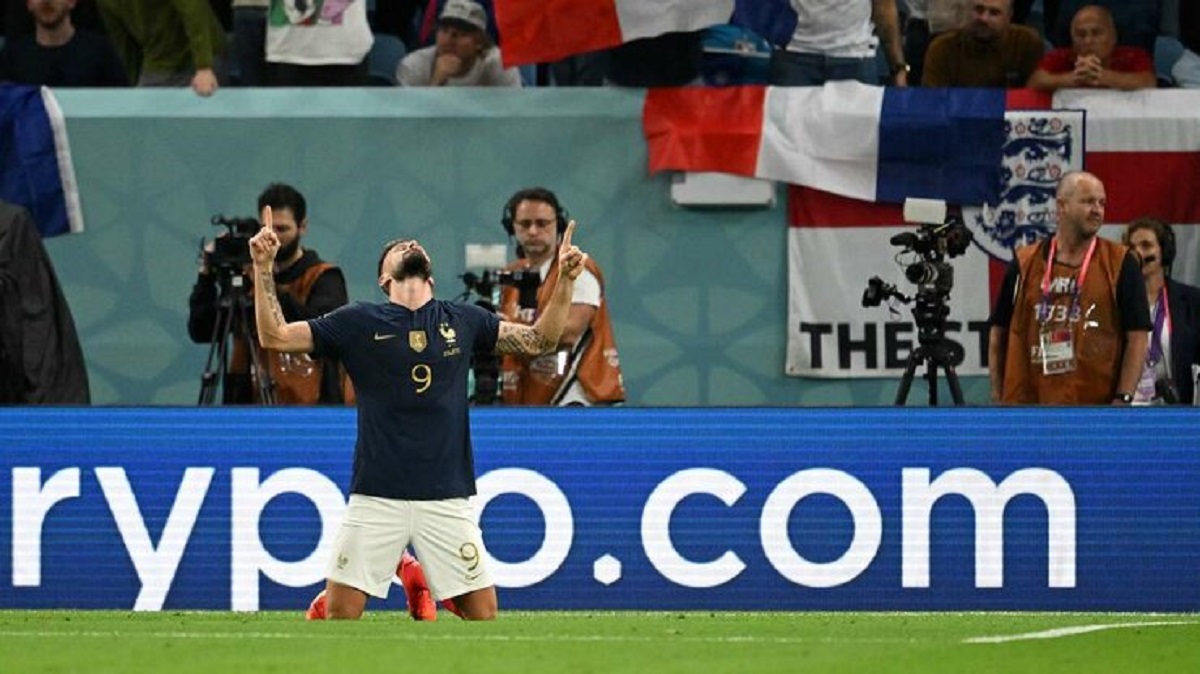 Seeking to become only the second back-to-back World Cup winners after Brazil, reigning champions France opened their Group D account with a stylish 4-1 victory over Australia.

Perhaps in the mood for revenge following their 2-1 H2H defeat at the same stage of the tournament back in the 2018, Australia were off to a flying start in under 10 minutes. A terrific piece of play by Mathew Leckie on the right wing found Craig Goodwin in the box, and the Adelaide United striker smacked the ball into the roof of the net from point-blank range to draw first blood. It was a difficult-to-digest moment for Didier Deschamps, who also saw Lucas Hernandez leave the field due to a potential muscle injury.
After much probing, France eventually found their footing midway through the half, striking two goals in the space of five minutes to turn the clash upside down. Adrien Rabiot equalised with a well-taken header from a Theo Hernández cross in the 27th minute, preceding Olivier Giroud’s simple tap-in following a defensive mishap. After an extended period of French dominance, both teams threatened again on the verge of HT, as Kylian Mbappé inexplicably skied a sitter in front of goal, before Jackson Irvine struck the left post with a fine header at the other end.

Notorious for producing the worst title defence in WC history, having failed to score a single goal during the 2002 edition, France possessed enough momentum this time around to undo the demons of their past. The Socceroos fell onto the back foot as the second period wore on, largely playing second fiddle to a French midfield led by Rabiot and Aurélien Tchouameni. Les Bleus finally made Australia pay for their shortcomings, once again scoring a double in a handful of minutes. Mbappé netted the third of the evening with a classy header, before turning provider for a similar effort by Giroud, who bagged his brace to match Thierry Henry’s all-time goalscoring record for the nation with 51 goals.