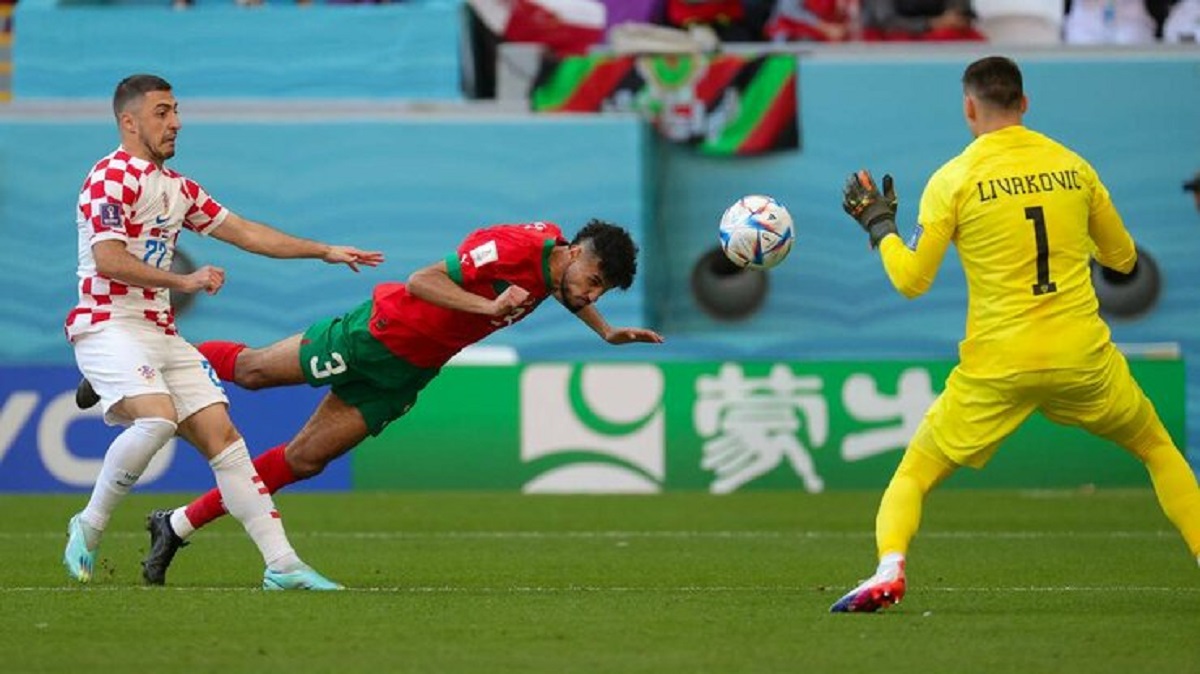 Croatia were held to a draw in their FIFA World Cup (WC) finals opener for the first time ever in their sixth appearance at the tournament, as a lacklustre contest with Morocco ended in a 0-0 stalemate at the Al Bayt Stadium.

Day four witnessed the start of a path looking to produce the tournament’s first-ever champion from Group F. Croatia gained first hand experience of just how gruelling this competition can be when finishing runners-up four years ago, but with a new-look side featuring only four starters from the 2018 final, there was optimism they could once again challenge the world’s elite. Ivan Perišić sought to rally the Vatreni early on, sending a shot that dipped inches over the bar from distance.
This would epitomise the first half, as Morocco pressed effectively, cancelling out their European opponent’s star-studded midfield of Luka Modrić, Marcelo Brozović and Mateo Kovačić, and limiting them to the creation of half chances. The only shot on target before the break came in added time, as Nikola Vlašić got on the end of Borna Sosa’s low cross, only to be denied by Yassine Bounou from inside six yards.

Walid Regragui was impressed with his side’s work before the break, and so instructed the Atlas Lions to initiate phase two of their plan come the restart. They burst into life, seeking to claim their first WC Finals victory since 1998, and came agonisingly close to snatching a shock lead. Sofiane Boufal was denied a penalty when his shot seemingly struck the arm of Southampton alumni Dejan Lovren, whilst Achraf Hakimi tested Dominik Livaković with a wicked curling free-kick, though the keeper managed to parry the strike.
Ultimately, neither were able to turn the key to unlock their opposite number’s defence, instead settling for a point each. Morocco are still yet to concede under their manager three months into his reign whilst Croatia failed to win for the first time in five competitive matches, with both looking ahead to ties against Canada and Belgium to paint the picture of Group F.