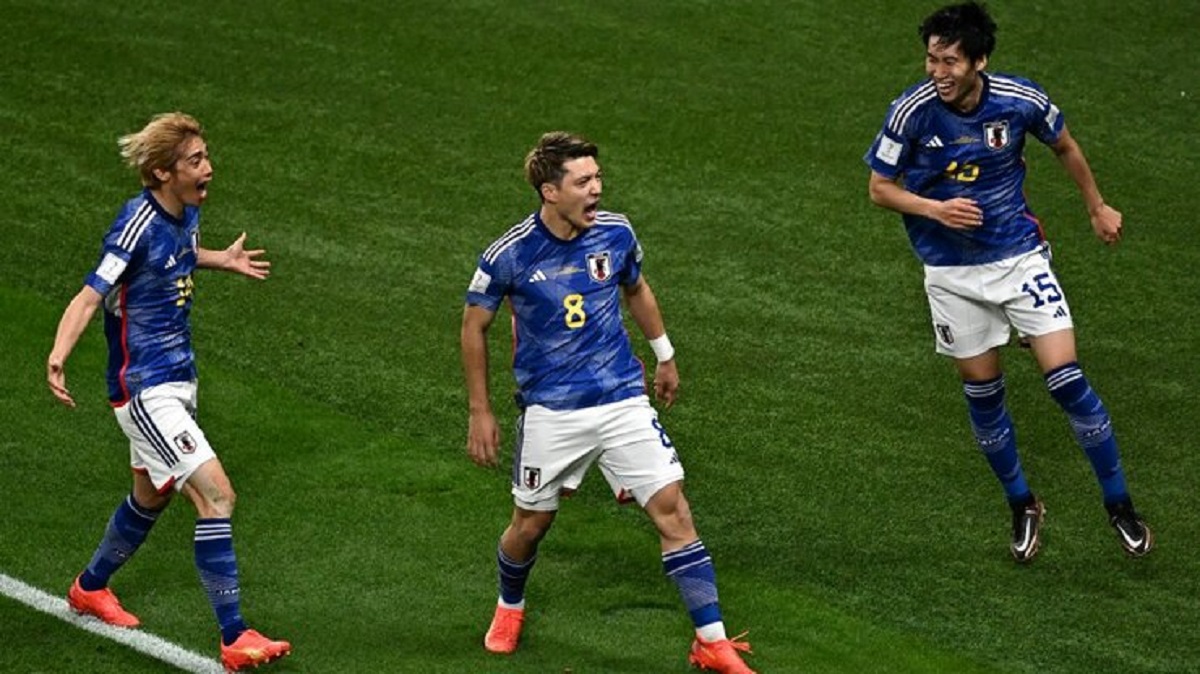 Japan began their FIFA World Cup in stunning fashion after recovering from a goal down to overcome four-time winners Germany with an incredible 2-1 victory, kick-starting their seventh consecutive finals appearance in style.

With controversy constantly surrounding this World Cup, Germany made headlines before a ball was even kicked after the starting XI covered their mouths in protest against FIFA’s sanction for any captain choosing to wear the 'one love' captain’s armband.
Hans Flick’s side accepted a golden opportunity to break the deadlock when Shūichi Gonda clumsily brought down David Raum in the box and Gündoğan successfully converted the subsequent penalty. With three group stages matches ending goalless in the previous 24 hours, this encounter ended what was becoming a laborious trend. Kai Havertz had the ball in the back of the net for Germany again, but his effort was ruled out for offside in first-half stoppage time following a VAR review.

Jamal Musiala was the youngest Nationalelf player to feature at a WC since Karl-Heinz Schnellinger in 1958, and he nearly added his name to the scoresheet after the break when he weaved his way through the Japan defence, but shot just over the target. Musiala then turned provider for Gündoğan, whose attempt clipped the post as Japan became increasingly under pressure.
Manuel Neuer had largely been a spectator up to this point, but showed his class with an outstanding save to deny Junya Ito before Hiroki Sakai blazed his rebounded effort over the bar. The warning signs were there as Flick's men failed to put the game to bed, and Ritsu Dōan sent the Samurai Blue fans into raptures when he slotted home a loose ball after some brilliant link-up play involving Kaoru Mitoma and Takumi Minamino. Less than 10 minutes later, Takuma Asano latched onto an innocuous-looking long ball forward and rifled home a finish past Neuer to seal their first-ever win over a shocked Germany.
It was a result to rival Saudi Arabia’s shock 2-1 win over Argentina the previous day, as result ended Germany’s 21-match unbeaten run in WC matches when leading at HT after failing to exorcise the ghosts of their 2018 group stage exit.