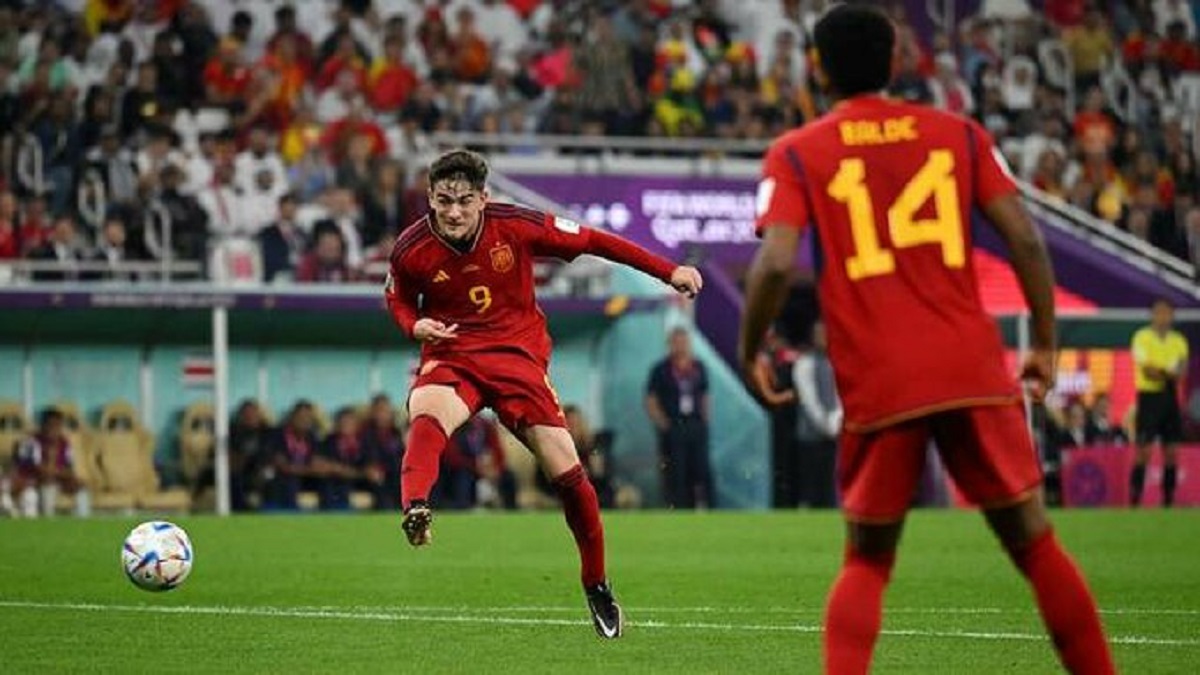 Knowing that Germany's earlier defeat to Japan had blown the group wide open, and amidst raucous support from fans, it was Spain who started brightest. The inclusion of Sergio Busquets, the last remaining player from La Roja’s 2010 triumph, and Manchester City’s Rodri, ensured dominance of the ball and this led to an early chance which arrived at the feet of Dani Olmo, though he sliced his volley wide after being expertly picked out by teen prodigy Pedri.
Costa Rica hadn’t caught a breath before the youngster was at it again, breezing past defenders before sliding in Marco Asensio who shot wide. Olmo then made amends for his earlier miss with just 11 minutes gone, finishing yet another move started by Pedri and marking Spain’s 100th World Cup goal. Enrique’s men applied constant pressure on Los Ticos’ penalty area and Asensio, Spain’s ‘Cesc Fàbregas-esque’ false-nine on the day, slotted past a stricken Keylor Navas before Ferran Torres tucked away his penalty, rounding off an outrageously dominant first half.

Partly due to the difficulty of their group, Luis Fernando Suárez’s Costa Rica side were given only a 9.8% chance of reaching the knockout rounds by Opta prior to the tournament - the lowest of any side. Costa Rica probably didn’t feel any better about their chances themselves as Spain continued to make the ball disappear from their grasp at will. Perpetual second-half pressure paid dividends once again, as Torres added to the Central Americans’ misery by grabbing his brace from six yards after chaos in the box.
Enrique may have seen this tournament as a chance to unleash a new era of Spanish football, with 20 of his 26-player squad making their first World Cup appearances, and as Gavi made it five with a sumptuous volley you could sense Spanish belief reverberating across the stands. The Barcelona youngster wasn’t overshadowed by the excellent performance of his midfield teammate Pedri, as he became the youngest goalscorer in this tournament since Pele in 1958.
Substitutes Carlos Soler and Álvaro Morata added the cherry on top of an excellent performance with a pair of composed finishes in a torturous eight minutes of added-time for the powerless Los Ticos, who saw their winless World Cup streak stretched to seven.