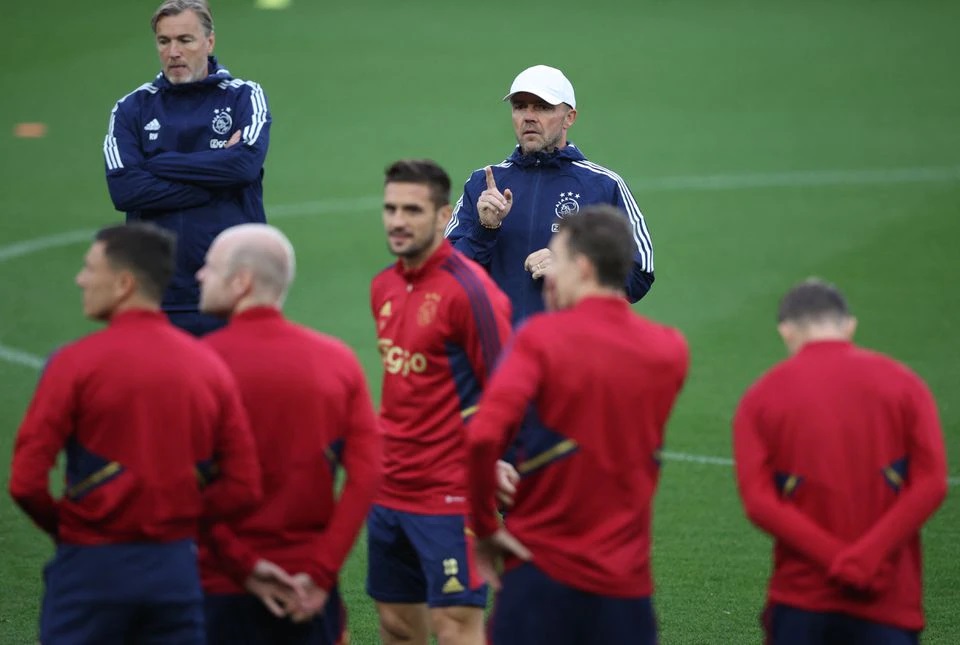 Ajax Amsterdam coach Alfred Schreuder wants his players to rely on their self-belief so that they can overcome Liverpool in the Champions League on Wednesday and keep alive their slim hopes of advancing to the knockout stage.

Ajax would need to beat Liverpool by two goals at the Amsterdam Arena in their penultimate Group A match to stand any chance of progressing provided other results also go their way.
In the final round of matches next week Liverpool face Napoli and Ajax take on bottom placed Rangers.
“It's about the points. We must display the belief that it is possible. If we want to play on this stage, we have to show that with healthy bravado and aggression,” Schreuder told a news conference on Tuesday.
“We need to show more guts. We have to run free at the right times.”
Ajax go into the game on the back of three successive defeats in the Champions League, beaten 2-1 at Anfield in mid-September and then hammered 6-1 at home and 4-2 away by Napoli.
"We know Liverpool have a great team, but we just want to do things better in possession than there at Anfield. We will also have to do things better when we don’t have the ball.
“When we had possession of the ball against Napoli, we were pretty decent and also created chances. But we have to improve defensively and that will be important.”
Schreuder watched Liverpool’s surprise weekend loss at struggling Nottingham Forest but said he was reading nothing into the defeat.
“They could have won that game 6-1,” he insisted.
“They are a team of a high quality and have shown that this season already in their game against Manchester City for example.”
A draw would be enough to see Liverpool advance and Ajax eliminated from the Champions League.