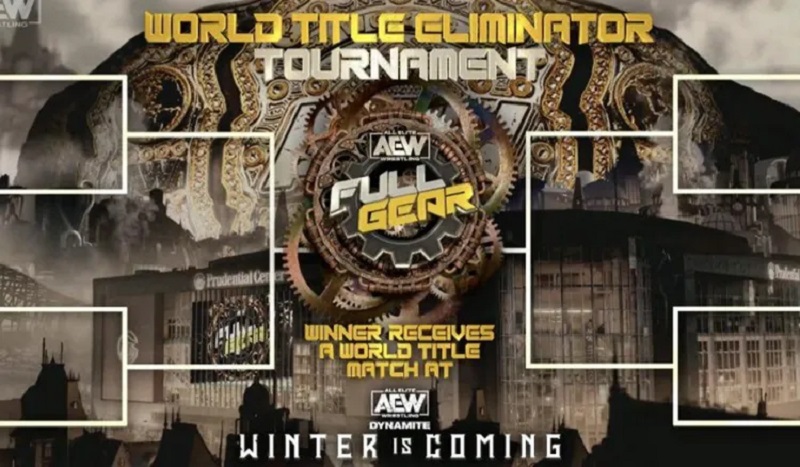 AEW has announced a World Title Eliminator tournament, with the finals taking place at Full Gear on November 19. The winner will receive an AEW World title shot at Winter is Coming on December 14.

The first participants announced for the tournament are Dante Martin and Ethan Page. AEW has not announced when the first match will take place.
This will be the third year in a row that AEW runs a World Title Eliminator tournament with the finals taking place at Full Gear. In 2020, Kenny Omega defeated Hangman Page to earn a World title shot at Winter is Coming, where Omega went on to defeat Jon Moxley to win the AEW World title.
Last year, Bryan Danielson won the tournament, defeating Miro in the finals. He went on to challenge Page for the World title at Winter is Coming, which resulted in a one-hour draw.