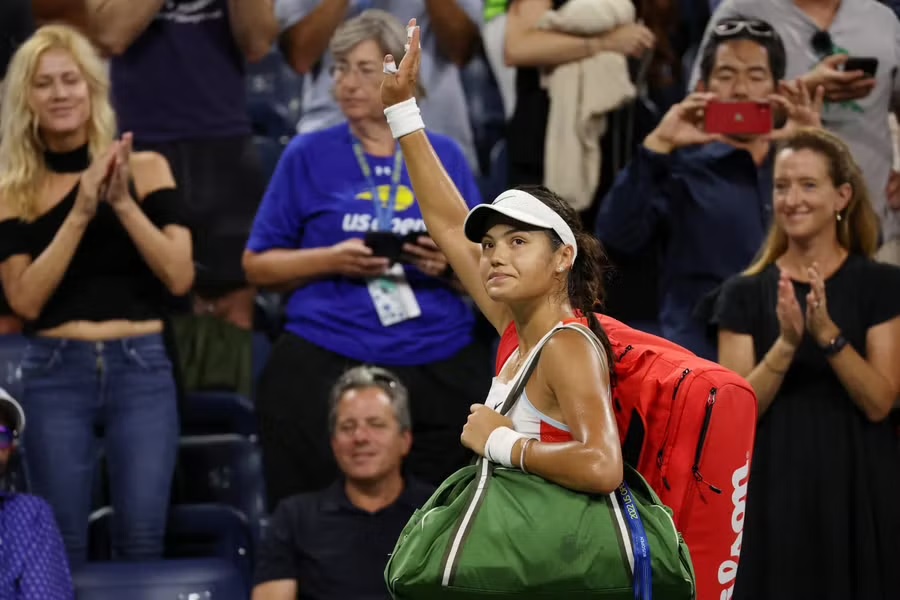 Dmitry Tursunov (39) said he decided not to continue coaching Emma Raducanu (19) at the end of a trial period with the former U.S. Open champion as they could not agree terms and there were "red flags" he could not ignore.

Raducanu won the US Open title in 2021 but has since fallen to 76th in the WTA rankings.
The Briton has been without a full-time coach since splitting with German Torben Beltz in April and spent some time this year working with Tursunov.
The Russian left Raducanu's camp at the end of their trial period and is now coaching Olympic champion Belinda Bencic (25).
"I was walking away from Emma regardless of whether there was another (player) available or not. We didn't agree on the terms and there were some red flags that just couldn't be ignored," he told tennismajors.com in an interview published on Wednesday.
"Our trial period was over at the US Open but I stuck around, trying to see if there was going to be a way to impress the team. I really wanted to make it work.
"She's absolutely great, she's a hard worker and she doesn't think or act like she's a superstar... It was a very difficult decision for me to walk away from a player that I like and respect."
Raducanu's management did not immediately respond to a request for comment.
Raducanu, who pulled out of the Transylvania Open due to a wrist injury earlier this month, is scheduled to play in next month's Billie Jean King Cup finals.